New York City in SimCity: A History of Heritage

New York has made many appearances in SimCity and just by the nature and layout of the city, it's one of the cities of choice to recreate for the game. It is a dream for many players to have an accurate recreation of New York in the game. Today we’ll crank up the wayback machine and take a look at the history of the Big Apple in SimCity.

Our trip down memory lane begins in 1998, the year I stumbled upon the game which would change the way I thought of computer games; SimCity 2000. New York in SimCity all started with the Urban Renewal Kit and a skilled SCURKer. In 1995, SCURKer Joel Garcia began work on the first New York Tileset. Two years later the New York tileset was re-released after being refined by Steve McGlenn, Justin Smith, Charles Warren and other talented contributors to the SCURK community. 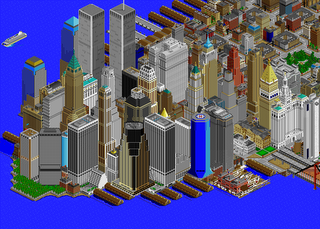 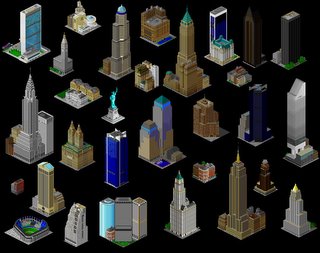 This was and still is the most complete tileset of buildings in Manhattan for the game. When I came across a few of the buildings within this tileset at the SCURK Hall of Fame a spark of digital inspiration set off inside me; I searched the internet for the complete tileset and downloaded it taking my first bite out of the Big Apple.

I didn’t know it yet but SimCity 3000 was just around the corner and unfortunately I didn’t get very far into my recreation when I found out SimCity 3000 was available for purchase. SC2000 is still on my old computer and I even work on my first recreation of New York City from time to time.

Enter SC3000. New York made an appearance in many people’s games due to the availability of many famous landmarks such as the United Nations Building, the Statue of Liberty, the Chrysler Building and many others which shipped with the game. The custom content community naturally took to BAP and soon New Yorks most recognizable buildings (which didn’t come with the game) were available on the official exchange. 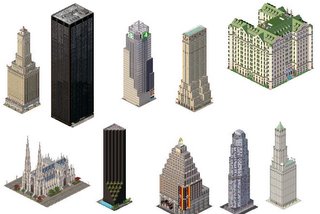 With the growing audience of SimCity players many began creating the Big Apple in their games, SC3000 players may remember a user by the name of mthq showcase his recreation of New York at his website the New York Miracle. I restarted my efforts to recreate New York in SimCity and this time I got about 3/4th of the way through Manhattan by the time SimCity 4 was released.
Bryant Park and the New York Public Library. 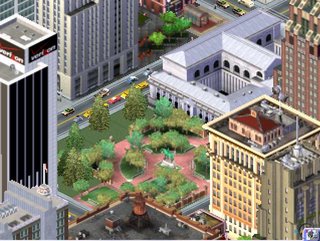 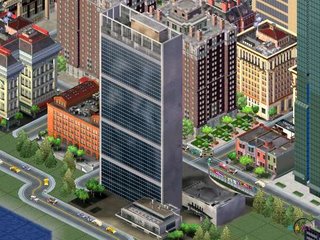 Times Square, the center of the universe. 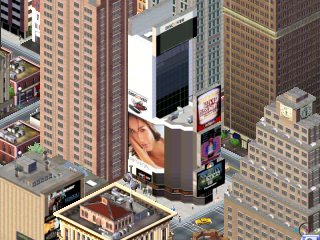 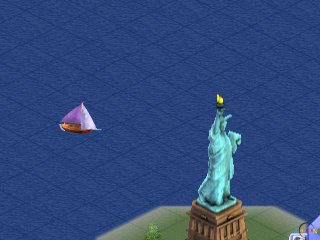 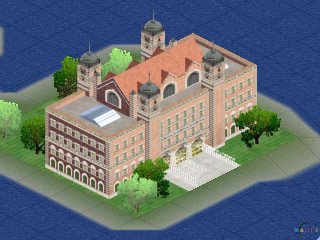 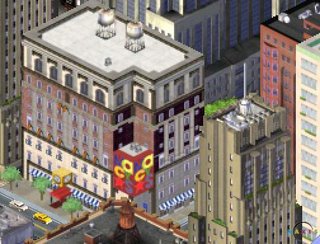 Madison Squre Garden, home of the New York Knicks. (Madison Square Garden has come a long way since the days of SimCity 3000.) 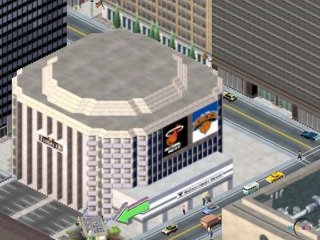 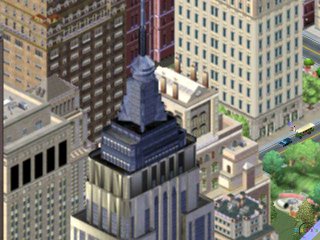 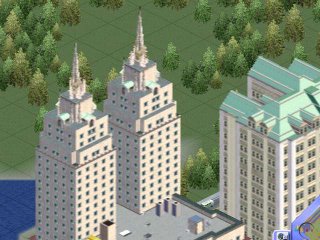 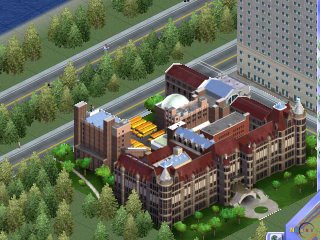 Now we’re in the fourth era of SimCity and the dynamics of series have evolved to a point where we can nearly create an entirely new game. The Sim Apple has been evolving since the old SimCity 2000 days and now it’s back for the third time, bigger and better than ever. 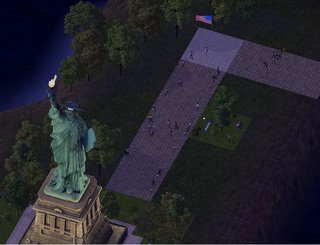